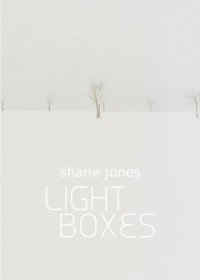 The epigraph to this book is a quote by Joseph Wood Krutch and reads: "The most serious charge which can be brought against New England is not Puritanism but February." As a resident of Wisconsin reading this in the middle of February, I chuckled to myself in a knowing way as I cracked this book open.

After reading I am not convinced that Jones's argument is not contradictory. Certainly the long (900+ days at last count) winter month of February in the novel brings lots of depression, angst, death, and cold to the townspeople (as the real February does in its short 28.25 days to me). However, Thaddeus ultimately is able to kill February, simply through his willingness to disobey the priests (why, oh why don't the townspeople revert to flying earlier in the war?) and revisit the skies. I am not sure that February (either the "real" God in the sky or the House Builder at the edge of town) is the real enemy here; I think it just might be the townspeople's own inability to look outside the rules of their system and question reality without the intervention of the girl who smells of smoke and honey. And so, after all isn't their Puritanism the diabolical item?

Ultimately it was an interestingly crafted modern myth. February reminds me of Zeus (or any other personified deity who can feel depression like the rest of us), the girl who smells of smoke and honey could be Hera (after all isn't she the one who is actually running things behind the scenes?).